Writing without revising is the literary equivalent of waltzing gaily out of the house in your underwear. ~ Patricia Fuller

Thanks to the superb revising from my ever-supportive wife/editor, you’ve all been saved from my underwear dance (yes, she revised this too).

Al, ready to dive in!

I finally did my first dive!  Despite having travelled to so many places that would be considered a diver’s paradise, I had never tried scuba diving before.  Why, you might ask, has it taken me so long to lose my diving virginity? Well, let me start by describing how I learned to love what was beneath the ocean surface through snorkelling first.

First of all, I grew up far from any ocean, so snorkelling and diving were not common endeavours and I knew few people who had ever tried it.  As an adult, I travelled to the ocean more often and was always intrigued while watching snorkellers and divers boarding boats to the great blue yonder but it was such a foreign concept to me, I never tried it.  Then, in 2002, we splurged on our first all-inclusive package trip to Cuba.   While visiting Playa Pesquero Resort in Cuba, Carol and I spent time on the beautiful beach, went swimming, got to know some locals (as we always do) and enjoyed the variety of free cocktails.  One day while lazing on the beach, I watched as people went out snorkelling right from beach and learned that snorkel gear was available for free (I am a stingy Dutch-Canadian after all)!   I was really interested in trying it but still a little afraid.   The ocean was big and deep and full of dangerous things like sharks, poisonous snakes, and jellyfish (watched too many National Geographic shows…).  I was afraid of drowning, getting eaten or some other horrible death by sea.   But the other people snorkeling were emerging no worse for wear… so maybe I would be okay too?  So I waited until some people were about to go out (so I wouldn’t be alone in the scary sea) and asked Carol if she wanted  to give it a try.  Now, if you’ve been reading our blog, you already know that Carol tends to be someone who needs contemplate for awhile before trying new things  (and slowly “get her feet wet”), so she declined.  However, not wanting to hold me back, she quickly encouraged me to go for it and report back on what it was like.   So in our usual fashion, I dove right in (pun intended) and Carol contemplated it from the safety of the beautiful white sand beach with a rum cocktail in hand!

Due to my fear of drowning, I donned a life jacket and, as a novice, I clumsily walked into the water with my flippers already on my feet!  I must of been quite a sight!  As I began snorkelling (only in the shallows at first – to protect against drowning and sea monsters, of course), I naturally held my breath like I was swimming.  Then I tentatively took my first breaths through the snorkel tube and realized I was going to be okay.  Once I learned to slow my breathing and relax, I started to enjoy the fish swimming around me.  Then I realized that the flippers and salt water would keep me afloat and I felt stupid wearing the life jacket and frustrated with it slowing me down.  When I got back on the beach I was happy and excited to share my experience with Carol.  I encouraged her to go snorkelling with me, without a life jacket, and taught her everything I had learned in my first experience.  Although still hesitant Carol, having had enough time to contemplate it, agreed to give it a try and ever since we have snorkelled in Cuba, Mexico, Egypt, Thailand and Indonesia.

Now fastforward to my first dive experience.  We were staying on Gill Air in Indonesia and timing was perfect.  Carol wanted some time to work on the blog and knowing that I wanted to give diving a try (I had been talking about for quite sometime), she encouraged me to go for it to get me out of her hair for a few hours.  I really wanted her to join in but as she said “I’m too chicken shit, you go and then you can tell me all about it” .  Knowing that she is a “get her feet wet” kind of person, I hoped that if I gave her the space she needs to contemplate and see that I enjoyed it, she would give it a try with me some time in the future just like the snorkelling.

I signed up for Discover Scuba Dive for the next day and man was I nervous that night!  The fears I had of snorkelling were only minor compared to what I was feeling this time… but I was at the same time I was super excited!   The next afternoon, with great trepidation, I joined the other (seemingly, at least) less fearful DSD students and, after learning about diving, our instructor Cindy led us off to get geared up.  They gave me a XXL wetsuit to put on but damn, it was tight!   (Indonesian sizes are not meant for my husky build!).  At the pool, while practicing our newly learned skills, I had to give the thumps up signal to go to the surface because I couldn’t breathe! Not a great start — it didn’t do much to quell my fears! After attempting again with the wet suit partially unzipped, my dive instructor finally agreed it would better for me to go in my rash t-shirt.  So glad I made that decision — being Canadian and used to cold fresh water lakes came in handy!  We went off to the ocean and I had a great time diving.

It felt so freeing to be able to breathe under water and get up close to the coral and fishes!  Once there, all my fears receded and I loved it!  The only issue was that, I was so excited by what I was seeing, I tended to swim around too much and used up my air too fast.  Once back in the boat, my instructor chided me about being too active, saying diving is a lazy man’s sport… Right up my alley!

I will dive again, hopefully soon.  Although the price tag that comes with diving is somewhat prohibitive for my Dutch-Canadian budget sensibilities!  And, I am confident that, if given enough time to contemplate and get her feet wet, Carol will join me.

What was it like when you lost your diving virginity?  Any advice for Carol while she contemplates it from the safety of her snorkel mask on the surface?  Your comments are very much appreciated!

Thanks, as always, for reading, sharing and following!

Carol on a snorkel trip at Nusa Menjangan, Bali 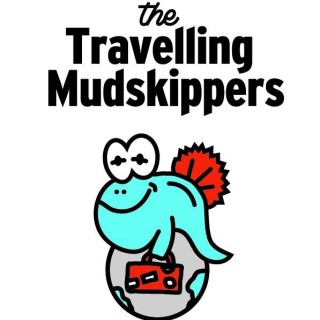